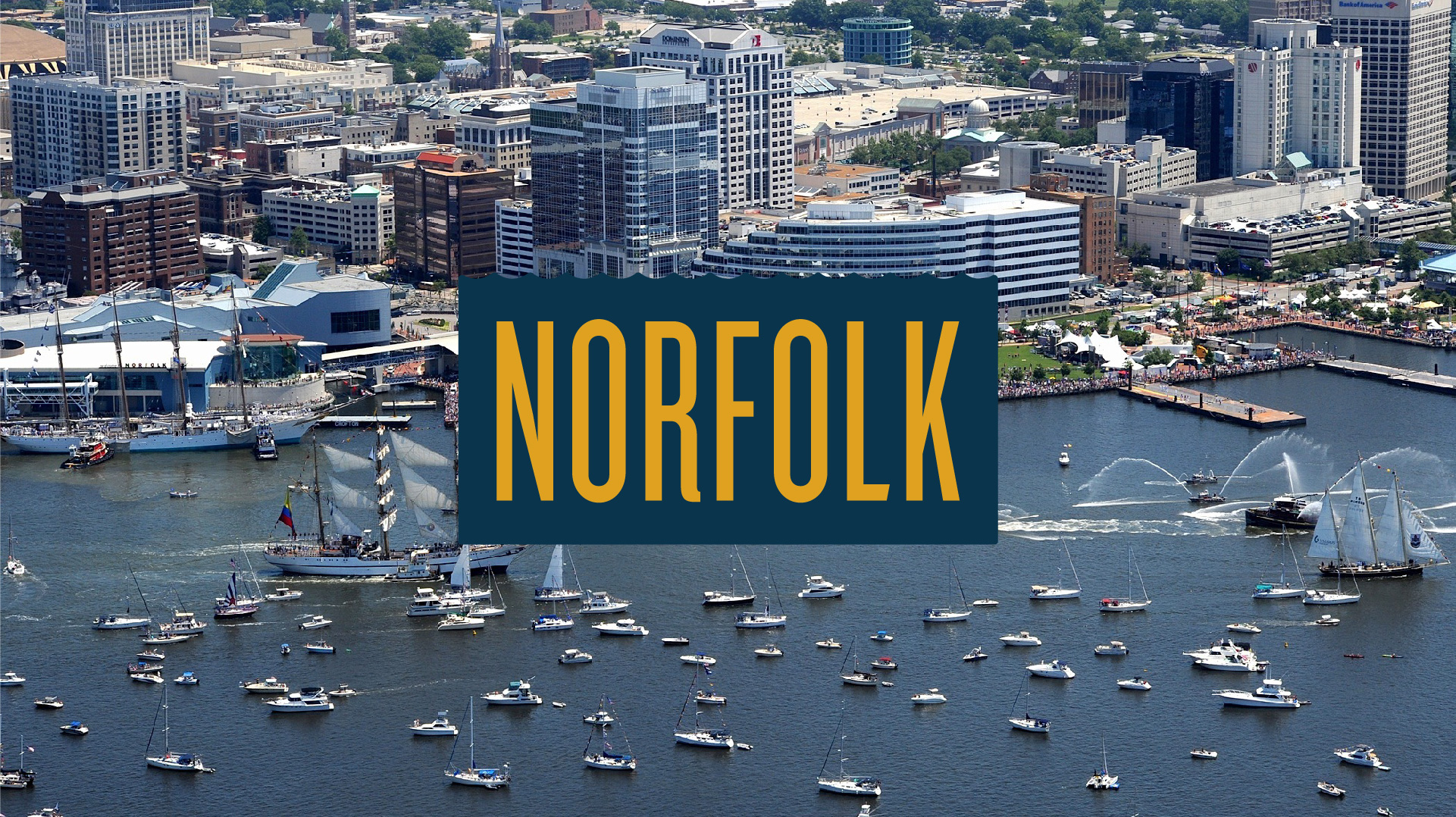 Norfolk has a long history as a strategic military and transportation point, and is home to the largest naval base in the world, Naval Station Norfolk. The city has faced many hardships such as war, epidemics, fires, and economic depression in the 19th century. Norfolk reached its peak in 1970 with more than 307,000 residents. However, a combination of more modern port facilities opening elsewhere in the region and the expansion of new suburban developments caused the population to decline. After 1970, the city was on a steady decline up until about 2010. Norfolk’s city leaders began a long push to revive its urban core.

After an initial brand audit it was determined that the City of Norfolk needed a new brand identity that celebrated the rich history of the city as well as lean in to its distinctiveness as the world's largest naval base.

The goal of this project is to help rebrand the city of Norfolk with an identity that pays homage to the history of the city being a major port as well as home to the largest naval base in the world. A new identity will aid Norfolk’s efforts to revitalize its downtown and waterfront marketplace. 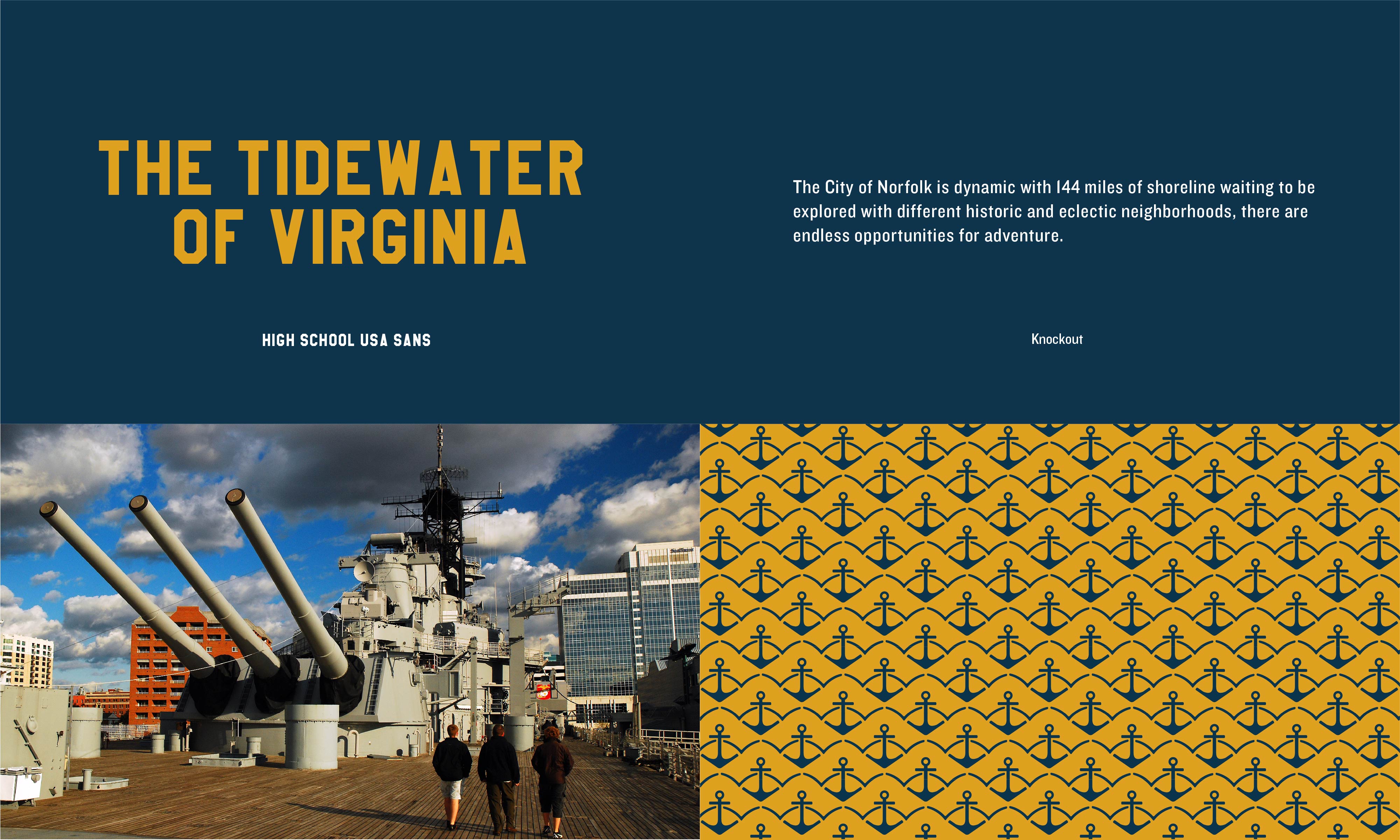 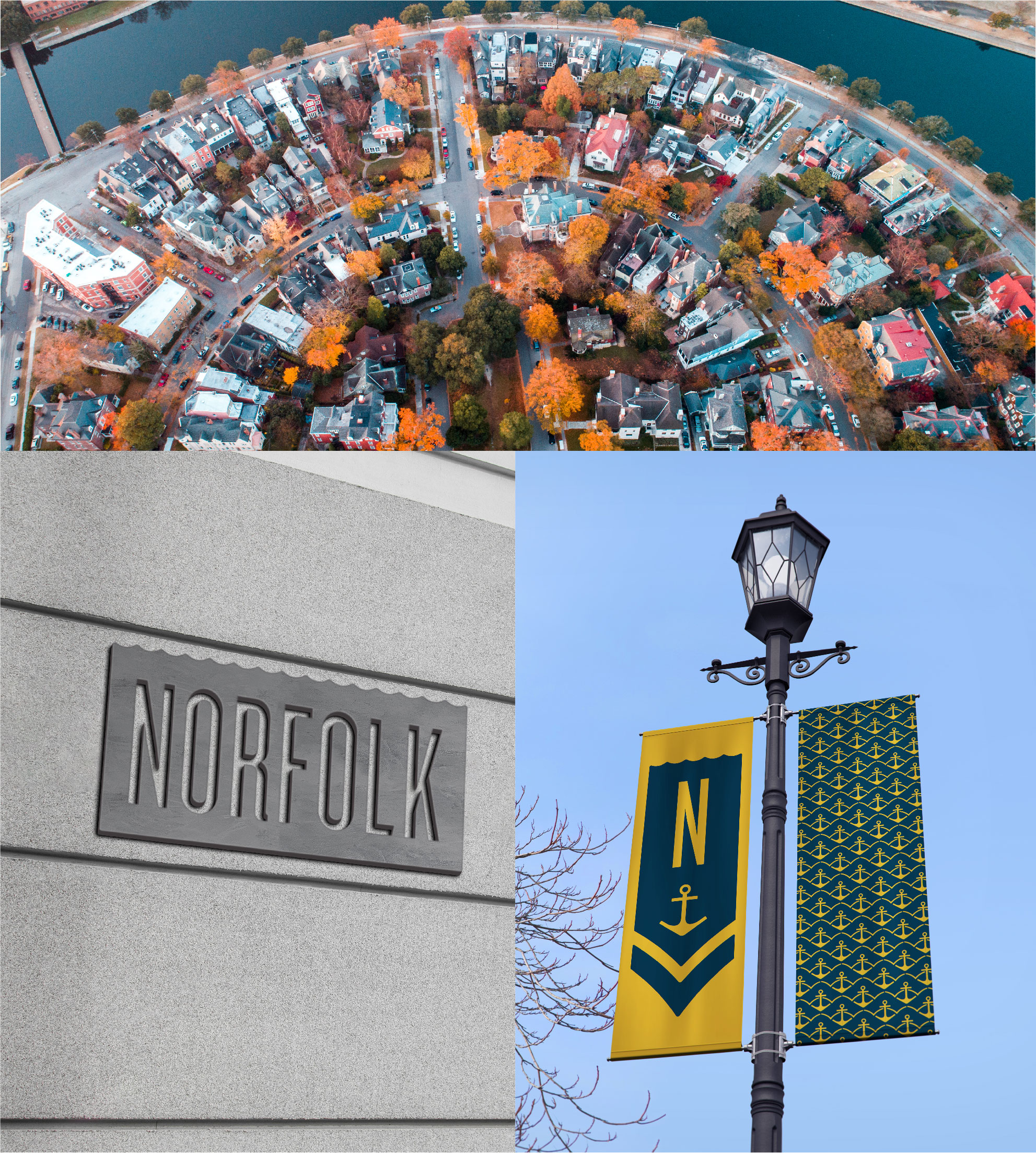 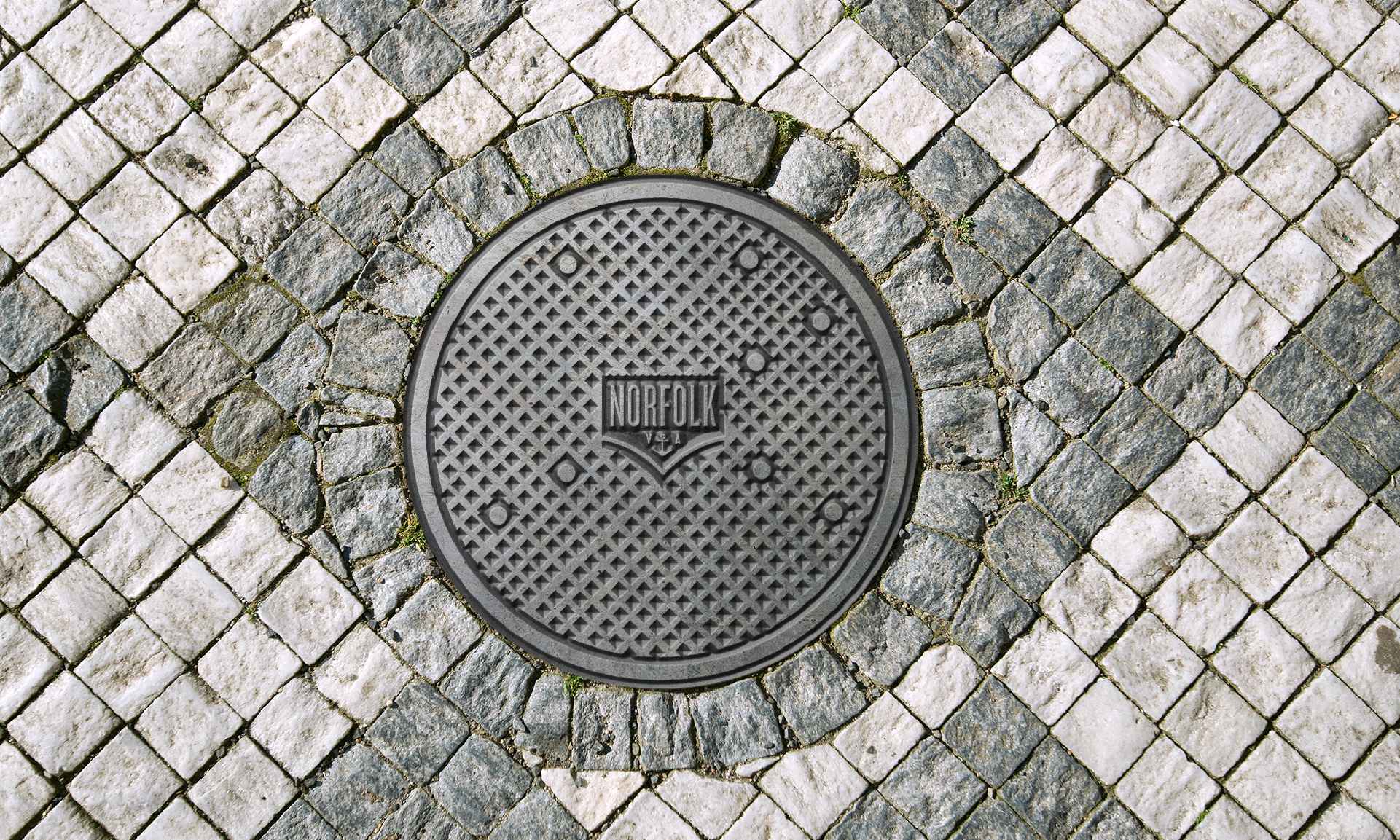 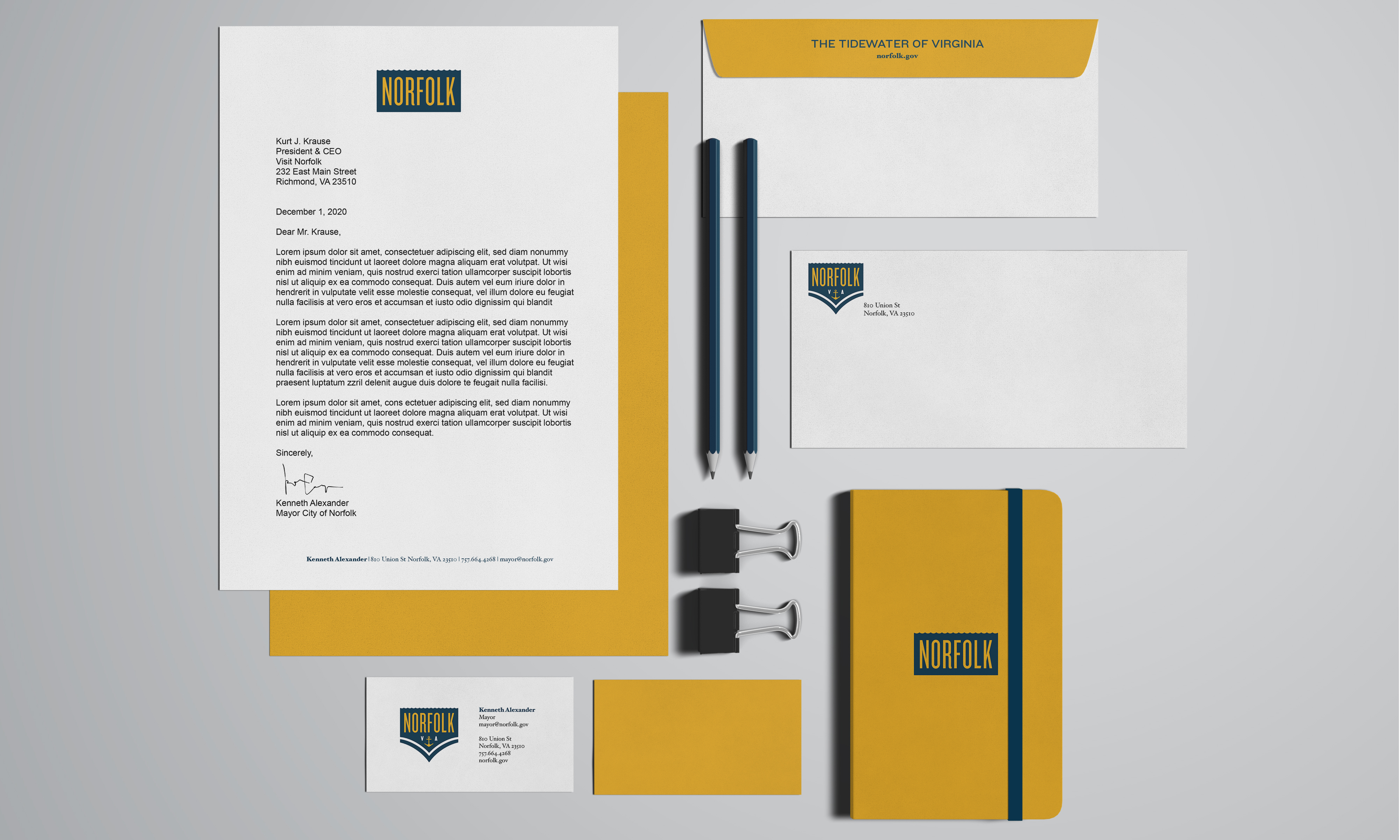 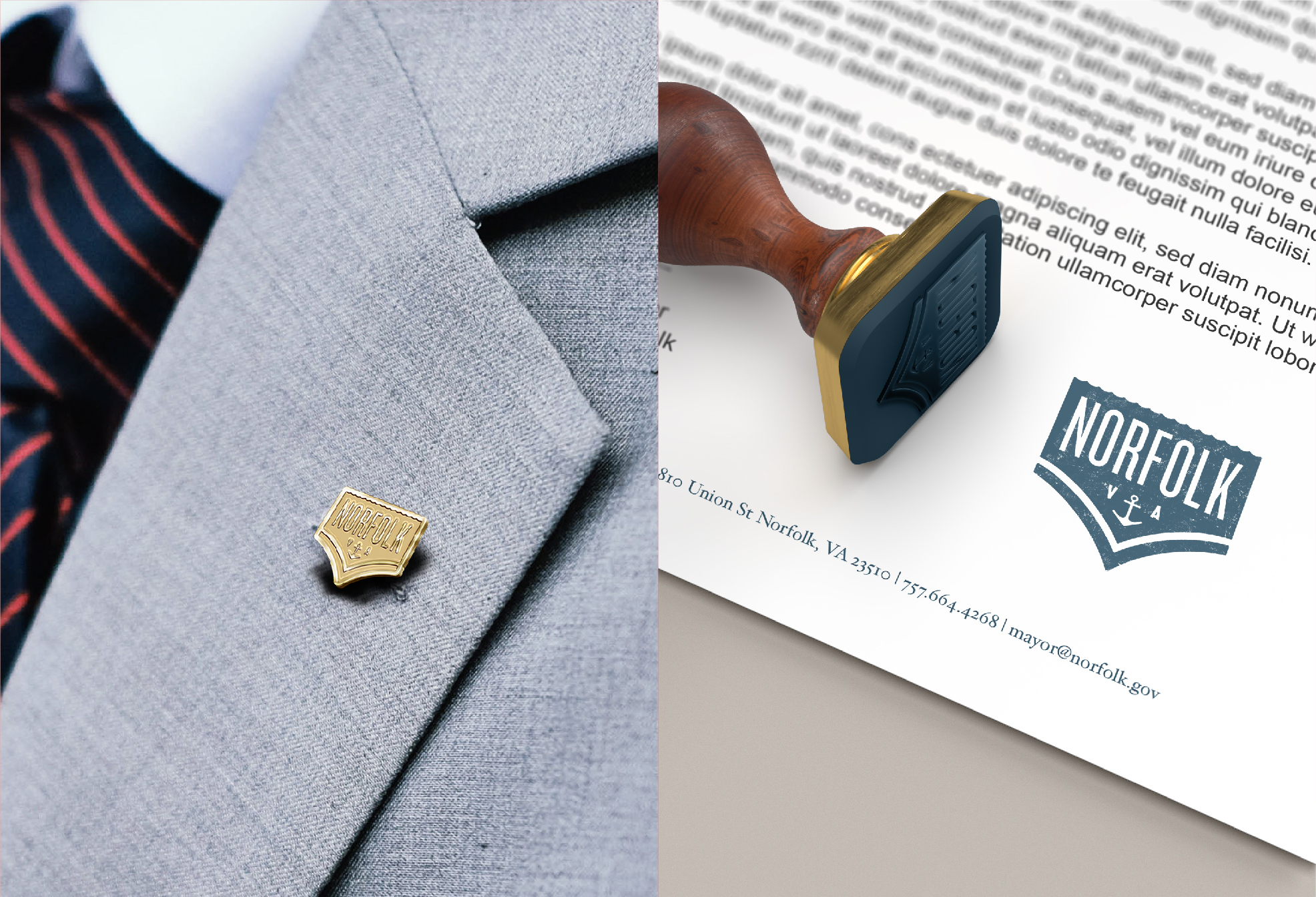 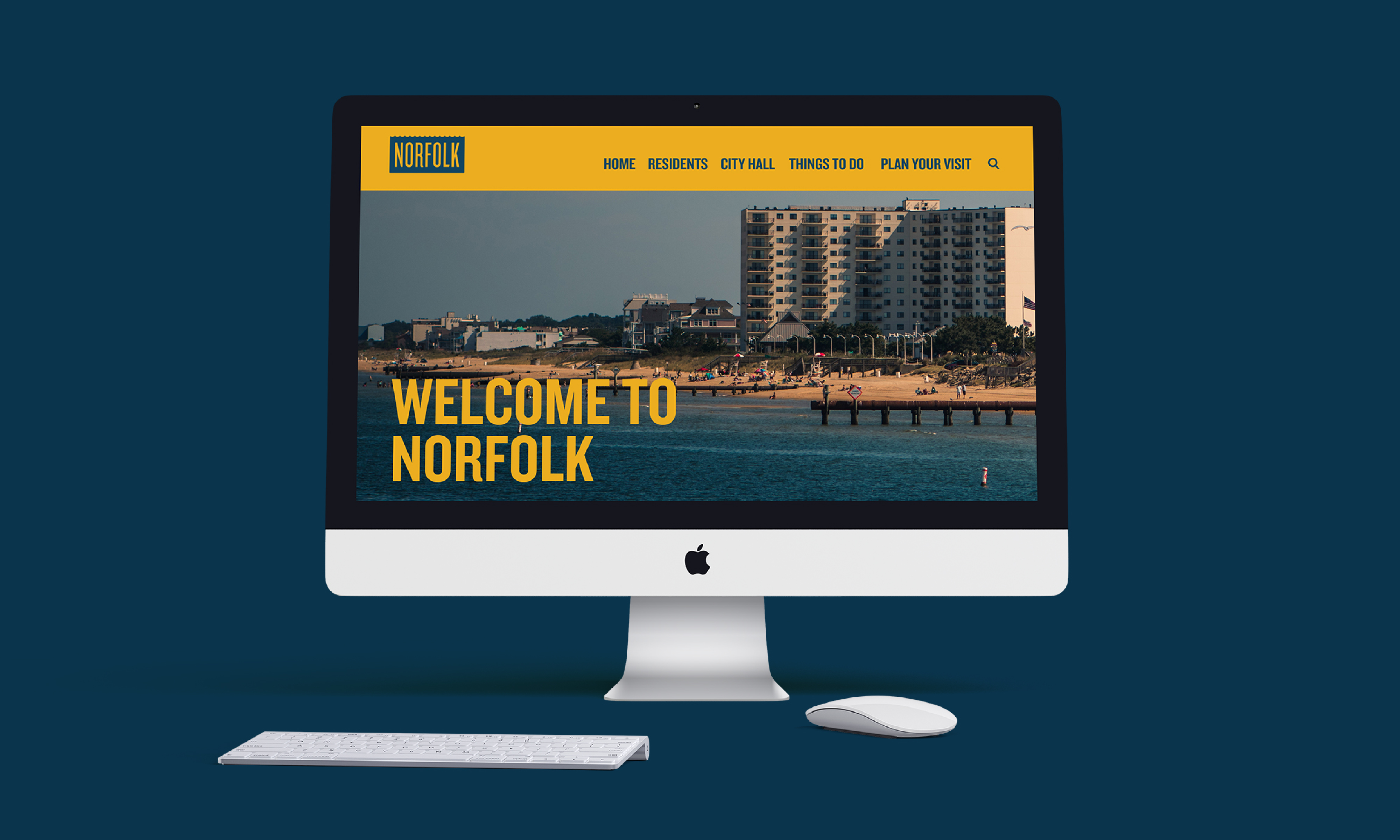 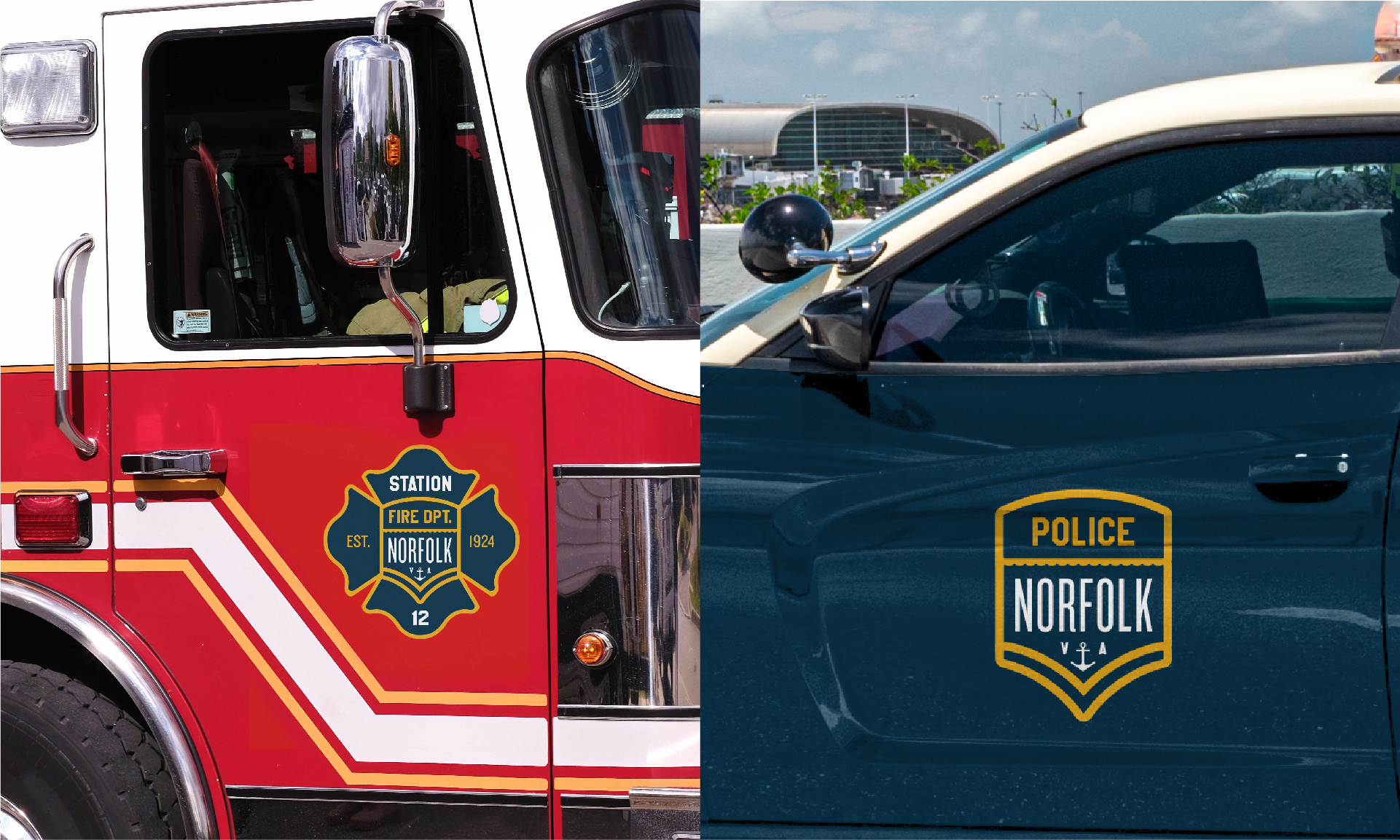